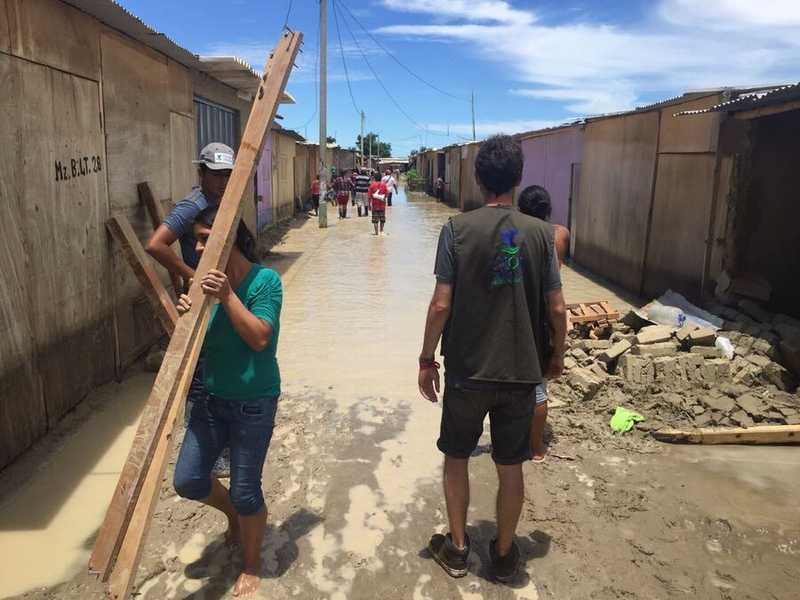 Over the past few months Gnucoop developed for the italian NGO COOPI-Cooperazione Internazionale a GIS platform, which enable to visualize the main threats and vulnerabilities, as well as resources available in the surrounding areas to foster crisis management by turning this information into actions.

COOPI helps communities prone to environmental disasters or other hazards deal with them. Development of geographical information systems, risk analysis and dissemination of risk management tools are among the main activities of its program within the sector. The marginalized informal communities of Rimac District in Lima in Peru, mostly affected by earthquakes and landslides, belong to the targeted groups of COOPI. In addition to natural hazards, inadequate basic services and infrastructures, coupled with scarce  awareness about disaster risk reduction are main issues to be tackled. The innovative aspect of the Program run by COOPI in Lima is the participatory methodology for data collection, which aims at assessing the needs in a more comprehensive way by involving several stakeholders, from Local Authorities to Institutions and organizations at different levels.

Gnucoop has been involved by COOPI in the pursuing of one of the objectives of the project, namely the creation of a geo-referenced information system about resources and vulnerabilities at both neighborhood and district level. Such a tool will contribute to provide information and knowledge of the territory for decision making, strengthen participatory planning and minimizing disaster risks  and vulnerabilities. Based on a previous webGIS platform developed for Port-au-Prince in Haiti, the new software called Yago uses the Geoserver service for geospatial data sharing. The Geoserver implements Web Map Service (WMS) and Web Feature Service (WFS) standards and is able to use the most common geo-referenced data sources (Shapefile, geographic database as PostGIS or SpatiaLite, GeoTIFF, etc.).

Yago is a modern and light software that can also run on smartphones and tablets, developed using the Google framework Angular 2 and libraries for the development of mobile-friendly Leaflet interactive maps. It allows users and visitors to create their own maps and "surf" the resources localized in the project. DRR 'Disaster risk reduction (DRR) is a systematic approach to identifying, assessing and reducing the risks of disaster. It aims to reduce socio-economic vulnerabilities to disaster as well as dealing with the environmental and other hazards that trigger them. Here it has been strongly influenced by the mass of research on vulnerability that has appeared in print since the mid-1970s. It is the responsibility of development and relief agencies alike. It should be an integral part of the way such organizations do their work, not an add-on or one-off action. DRR is very wide-ranging: Its scope is much broader and deeper than conventional emergency management. There is potential for DRR initiatives in just about every sector of development and humanitarian work. The most commonly cited definition of DRR is one used by UN agencies such as UNISDR, also known as the UN Office for Disaster Risk Reduction, and UNDP: "The conceptual framework of elements considered with the possibilities to minimize vulnerabilities and disaster risks throughout a society, to avoid (prevention) or to limit (mitigation and preparedness) the adverse impacts of hazards, within the broad context of sustainable development." https://www.unisdr.org/archive/26424 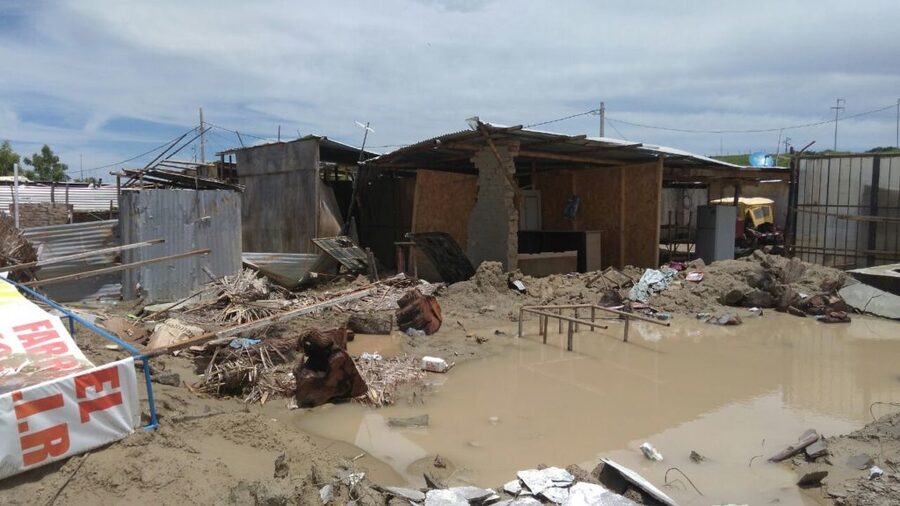 Technology such as GIS offers the possibility of visual analysis and allows us to see political boundaries, population trends, and socioeconomic differences. It also offers us the ability to acquire and verify facts." She also pointed out that by "using GIS technology we can analyze and see where natural disasters have previously occurred and how they have impacted the landscape. We can also try to predict where a natural disaster is most likely to occur." By understanding where disasters happen, the international community can develop new and more efficient methods to reduce future disaster risks. "Technologies, like GIS, are important tools for understanding and supporting disaster resilient communities. Whether you're a city planner, development practitioner humanitarian responder, or crisis-mapper, information for decision-making is now at our fingertips to reduce risks and build disaster resilience." "Society now has the capability to generate massive amounts of information. We need to be able to synthesize and analyze this information and turn it into targeted policies and actions." 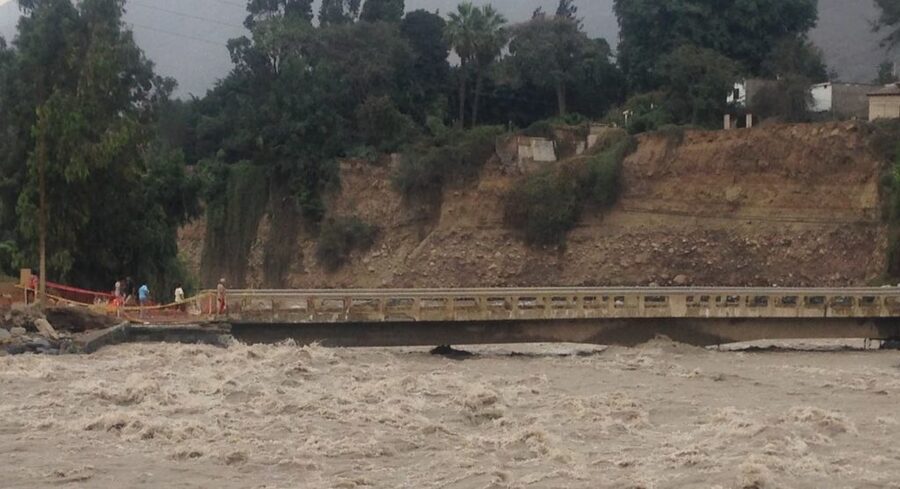 Technical issues In 2013 in Haiti, Gnucoop supported COOPI on the development of a webGIS platform, namely SIRV-TAB, to help the municipality of Tabarre (in Port-au-Prince) and the Le Centre National de l'Information Géo-Spatiale (CNIGS) in locating resources, identifying critical issues, designing urban plans and understanding local vulnerabilities in order to increase population preparedness towards natural disasters and help managing crisis. The platform has been developed based on OpenGeo suite (GeoServer- OpenLayers and GeoExt) and it is available at http://www.sirv.tabarre.ht.

In the new phase of this partnership we’ll use only a single part of OpenGeo suite, in its latest version: the Geoserver. The Geoserver is the service used for geospatial data sharing, which implements WMS and WFS standards and it is able to use the most common geo-referenced data sources (Shapefile, geographic database as PostGIS or SpatiaLite, GeoTIFF, etc.). In the new system the Sirvtab will be replaced by a more modern and lighter software that can also run on smartphones and tablets, developed using the Google framework Angular 2 Google and libraries for the development of mobile-friendly Leaflet interactive maps. 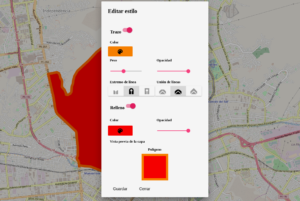 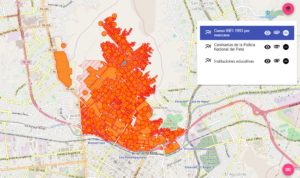 The software will be mainly divided into two sections:

Backend A simple and complete control panel that will allow administrators to: manage users and permissions,

Frontend The heart of the software that will allows users and visitors to create their own maps and "surf" the resources localized in the project. The main functions of the frontend will be:

The source code will be released under a free (as in speech not free as in beer) software license and will be available probably through a github repository, to trace changes and developments over time!

Our software is available here https://guatemala.gnucoop.io/.

Our Senior developer is in Lima for the first training section to CENEPRED, follow the mission on our social channels!

Pictures by COOPI-Cooperazione Internazionale Thank you!