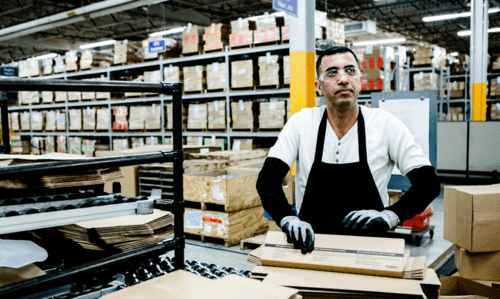 The scale of the current Syrian refugee crisis has generated significant involvement from private actors, including corporations and individuals. With governments overwhelmed and unable to adequately address the situation, the private sector has a critical role to play in providing for immediate humanitarian needs, as well as supporting refugee resettlement and integration. Private sector involvement in economic development and job creation is also a key component of the long-term solution, which goes beyond this current crisis. While Syrians trying to reach Europe have dominated headlines, there are many other large refugee populations from a wide variety of countries, including Afghanistan, the Central African Republic, Democratic Republic of the Congo, Eritrea, Iraq, Myanmar, Somalia and Sudan. While some of these situations have endured for decades, others are relatively new, or have worsened in recent years. These refugees have settled throughout the world, from Kenya to India, Russia, Pakistan and Chad. By the end of 2015, 1 in 122 people in the world had been forced to flee his or her home. More than 20 million people are currently refugees, the highest number in over two decades. Millions of others have been forced to move within their own countries: counting both refugees and internally displaced persons, the United Nations estimates that as many as 60 million are currently displaced, a number that has risen rapidly from the 45.2 million reported in 2012. The sheer volume has made it difficult for the United Nations refugee agency, UNHCR, and host governments to cope. Asylum applications were up 78 percent from 2014 to 2015, and the pressure on host countries has grown significantly. Businesses and other private entities have responded in a number of ways. Many companies have been working to integrate migrants quickly into host country job markets, an effort that benefits both refugees and businesses. At U.S.-based Chobani, the world’s largest yogurt factory, refugees account for around 30 percent of a total workforce of 2,000 people. Chobani’s CEO, Hamdi Ulukaya, who also created the Tent Foundation to funnel money and technology into programs that help refugees, has called on corporate leaders to step up and provide job training, employment opportunities, and direct assistance. In Germany, where an aging population has resulted in more than half a million unfilled jobs, corporations have called for an overhaul of laws to allow asylum-seekers to enter the labor force more quickly. Last September, Germany’s four main employers’ associations, which represent hundreds of thousands of companies, requested that the country give approved asylum-seekers faster access to the labor market, as well as to language and skills training. German companies have also developed business to business networks to facilitate the hiring and training of refugees. Some private entities have offered internships, scholarships, and training courses for refugees, while others have been providing educational opportunities. In Europe, a number of corporations have been hiring refugees as paid interns. These include Deutsche Telekom, Evonik, Bosch Group, Uniqlo and Siemens. Other companies have focused on improving access to education for young refugees. For example, the Vodafone Foundation has created a digital “school in a box” to bring tablet-based teaching to young refugees living in the Dadaab region of Kenya. The initiative, started in partnership with UNHCR, brings an instant classroom, which can be assembled in 20 minutes, to areas where electricity and internet connectivity are unreliable or nonexistent. In an effort to better integrate refugees into German society, the football club Bayern Munich has created a “training camp,” which offers food, German language classes, and football equipment. The club also raised 1 million euros ($1.11 million) at a friendly match to support integration projects in Germany. Greater private sector involvement would add much-needed resources to those invested by the public sector, enhance the efficiency of projects, and improve prospects for success. A coordinated response would contribute in ways that benefit businesses, refugees, and host societies alike. This is a critical moment for expanding private sector involvement, and for building upon the work that is already being done. Read the full post and and join the conversation AcrossBorders.