How Tech Can Help Services Respond to Citizens 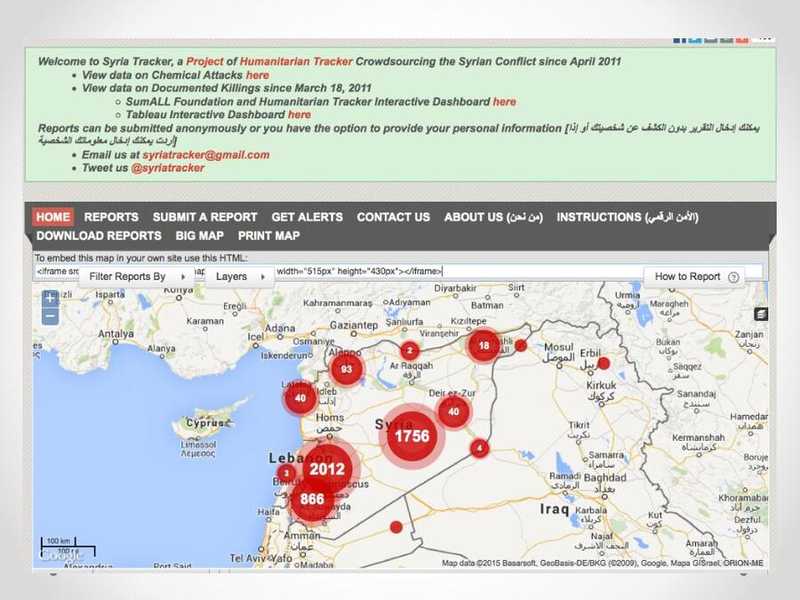 Syria Tracker is an online map that shows where human rights abuses are happening in Syria. The site encourages civilians to anonymously report what’s going on in Syria.

There's been a lot of hype around digital citizen feedback platforms. The lure of using mobile phones to receive reports from citizens anywhere across the globe, neatly documented on a digital map has led to a flurry of applications.

The Kenyan mapping platform Ushahidi has over 10,000 implementations. It's been used across the globe in emergency responses and to monitor elections, forced evictions, outbreaks of violence and diseases like swine flu, to name just a few. What better way to get information right from the ground in real time?

But behind the hype, report numbers and response rates are often disappointingly low and practitioners working in complex environments are trying to understand why.

Why should citizens bother reporting? Who will address their concerns?

Then there's the question of ensuring that whoever's receiving the reports, be it government, campaigners or charities, are willing and able to respond to reports coming in - a tough task in complex environments.

Somewhere between the hype and the cynicism, there are, perhaps, ways to amplify the voices of marginalised communities and ensure that their needs are met. At Indigo Trust, we spoke with some of our grantees to identify factors that can support this. • Use appropriate technology • Adequate marketing • Build in accountability mechanisms • Building confidence and trust with citizens and service providers