From 20th to 24th of February we have been in Kakuma Refugees Camp. This mission is part of the project we're developing in support of UNHCR. During the first day we've visited the General Hospital of the Refugees Camp, managed by IRC (International Rescue Committe)

Together with the partners we discussed the program of the following days, which aim was to submit the new data collection system to the clinic staff and test it. 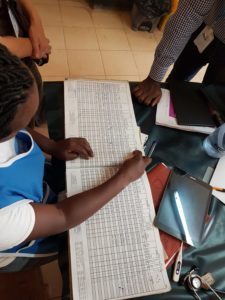 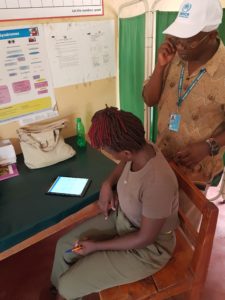 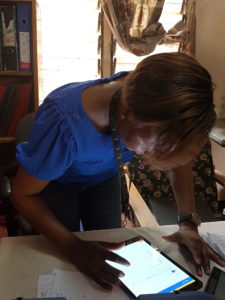 From our point of view, getting the chance to be on the field personally was of great utility. In addition to that, the presence of two persons with different competencies and capabilities - namely one developer and one project manager - was essential to understand and face the issues rised.

The workers have been explained and shown by the developer how to use the application in the very real field conditions and how to deal with some problems. We had to acknowledge that those mechanisms and passages often considered "trivial" by technicians are not regarded as such also by the users, therefore we took this as a lesson learned for the next field testing. The deep knowledge of forms has been very helpful for feedback gathering and the related reviewing processes. Furthermore, we could count for some urgent issues on our staff in Italy, who was reacting almost in real time to any request.  Two categories of users participated in the test:

Generally, the feedback we received was content-related, while almost nothing about the new collection system, that is the transition from the use of paper to electronic devices, was mentioned. Only in the Expanding Program in Immunization (EPI) sector of the Main Hospital, the clinicians have expressed strong doubts, and declared to prefer the current paper forms.

It was the first testing so we focussed on the first feedback from the users, how they reacted to the use of the new system.  As already explained, they did not make any comments on the application but simply suggested some changes on the content of the form.  In terms of timing, probably, after few days, they will get used to the system and get faster. We suggest to spend more time to explain better to the users how it will change the entire process of data collecting and reviewing, thanks to the new system and make them aware about its potentials.